While searching for answers in his quest to become a Jedi, Luke Skywalker has uncovered a journal written by Jedi Master Obi-Wan Kenobi. 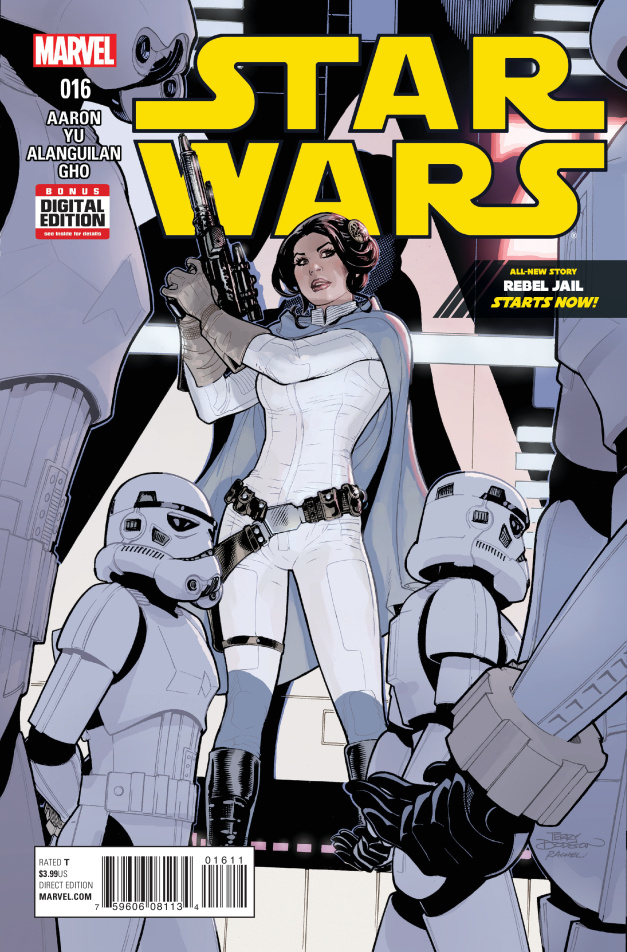 Brave Bandai BB-8 taking a ride on a broncing AT-AT! I’ve always said that I love posing these LEGO Microfighters AT-AT.  The size of the Bandai BB-8 is just right too for this scene.

If you ever consider collecting Star Wars memorabilia just check how easy it can be at http://www.collecty.net

Death Star has a unique concept from the start as if you have seen Star Wars : A New Hope, you know that most all the main characters in the book will not survive the destruction of the Death Star. I thought this might make them less interesting, in fact it made me hope more that they might somehow survive. (No there will be no spoilers, if you want to know if anyone does make it… read the book) It raised many questions I had not previously asked myself. Such as when the death star exploded, while Luke was celebrating did he also feel the intense pain of a million beings being snuffed out in the force as well. Quite a few of which were Imperial slaves and detainees. It never occurred to me just how many people it would take to run a space station the size of a… A long time ago, but not so far away, the folks at Fantasy Flight promised us all a new title in their Living Card Game (LCG) catalog—this time coming from the Star Wars universe. Well about a year ago they scrapped the original concept, and completely overhauled the game. It took some time, and many folks were frustrated with the lengthy wait (including myself at times!). But Fantasy Flight Games wanted to make the game the best gaming experience possible.

The final version of the game made its way to stores this week, so I grabbed up a copy and gave it a test drive!

The game is a head-to-head battle between the two sides of the Force (Light side and Dark side). The way a player wins the game depends on which side they are on. The Light side wins if they destroy three of the…

Tales of the Jedi: Ulic Qel-Droma and the Beast Wars of Onderon

Tales of the Jedi: The Saga of Nomi Sunrider

Tales of the Jedi: The Freedon Nadd Uprising

After a lackluster start, we now get to the good stuff. The original Tales of the Jedi series set the stage for the Old Republic era, which with multiple RPGs and comic series and a God-knows-how-many-million-dollar MMO, has become one of the most important of Star Wars settings. And these are darn good stories in their own right!

In Beast Wars (no relation to the Transformers series (sadly?)), three Jedi–brothers Ulic and Cay Qel-Droma along with Twi’Lek Tott Doneeta–are dispatched to resolve a centuries-old…

Firstly, let me wish you all a happy new year.

These incredible maps for the original Trilogy by Andrew DeGraff. “Each character is represented as a colored line, and follows their progress through the entire film.  The alternating colored lines represent characters traveling together who have a special bond, sometimes for only a short time like Chewie(brown) and 3PO(yellow) when Chewie is repairing him.  Han(navy) and Chewie have a bond, R2 (royal blue) when co-piloting for Luke (light blue),   R2 and C3PO . . .

All three of the Star Wars movies will be available as full size prints (sorry, no price yet) which are 18.5″x22″.  Im also doing all three of the first Indiana Jones movies.”

The Empire Strikes Back:

Return of the Jedi:

A Daily Dose of R&R Being a longtime Star Wars fan, this title was one of particular interest for me. I am pleased to report that my interest was indeed justified. If you’re a fan of Star Wars, this is a must read as Dark Horse Comics yet again delivers the goods for fan boys and girls everywhere!

The story takes place during the transition period between the events of Revenge of the Sith and A New Hope and offers a refreshingly different perspective than typically shown in the Star Wars universe . The novel is presented through the report of Lieutenant Tohm, recounting the days following an attempted assassination. His unrelenting loyalty and desire for approval is so genuine that I too found myself persuaded into believing in the Imperial cause (…if only for a moment). By using fresh sets of eyes, this novel allows the reader to reassess their definition of right and…

It has been awhile since I’ve put out any update, but I’m still building. I haven’t put anything on the finished shelf, but I have added considerably to the ‘crap I need to finish before I die’ pile. I’m planning on doing a better job of documenting my builds and personal work this year (we’ll see how that goes). I’ve been stalled on a bunch of projects and it is frustrating not getting anything accomplished, maybe posting about it will help keep them moving along.

What is the consensus on bringing back characters into the new Star Wars films?  I vote no.  I don’t want to see an old arse of a Han Solo attempting to swagger around in the new Disney releases.  I have never read the books concerning the George Lucas created universe, so, I don’t know what is out there to dive into, but, there has got to be some intriguing characters out there to freshen the series.  A friend recently explained to me the fate of Chewbacca.  He gets crushed by a moon.  That, I would like to see.

I really love this sweet collection of Star Wars ‘Sports’ logos created in the style of American ‘NFL’ Football Teams, they really are great ‘geeky’ T-Shirt material, all of which are beautifully executed and crafted by David Creighton-Pester.
If they were real football teams who would you root for?

Sorry for the delayed posting, life took over the past few days If you ever consider collecting action figures just check how easy it can be at www.collecty.net

If you ever consider collecting action figures just check how easy it can be at http://www.collecty.net