Isn’t this a great piece of vintage jewelry? 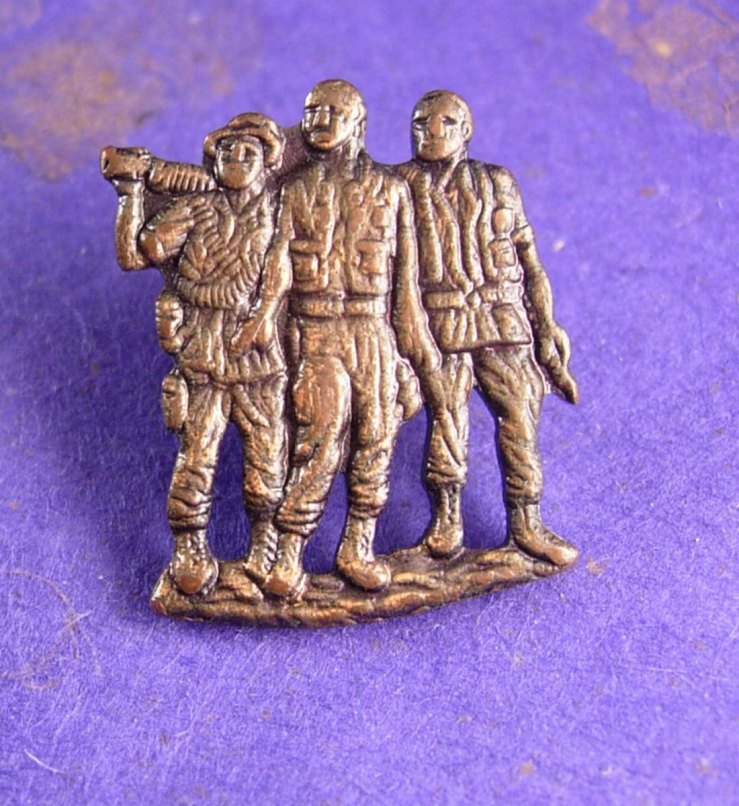 Wauh! That’s a uniform! The point is that I don’t know anything about this man, his rank and his unit. All I know is that this picture was taken in Tréveray (Meuse) during the war, or just after. This man belongs to a French colonial unit, the 24th (as indicated by the crescent and the number on his collar).

Here’s a detail of his medails, from left to right:

Who will be able to tell me more about this man? My British and US readers may wonder why I am writing now a post about the vision of the Great War in Downton Abbey TV series, but the second season is currently broadcast in Italy and I wanted to share my thoughts with you…

Disclaimer #1: I am a genuine fan of the series

Disclaimer #2:  there is no spoiler for those who have watched the first season and the four first episodes of the second season. Anyone interested in watching Downton Abbey and who hasn’t watched these episodes can stop here.

The first season ended with the declaration of war against Germany in 1914, the second season is centered around the impact of the Great War on the differents characters, with a very strong introduction:

The relationship with one of the most famous pics of the Battle of the Somme is quite clear:

But the series isn’t transformed in a…

I put together this board on Pinterest as the inspirations for my fabricated Spring/Summer 2013 collection.
The line was inspired by 60s mod meets geek chic with a twist of androgyny. Pieces in this collection are all about structure and should be well-tailored.

If you ever consider collecting uniform just check how easy it can be at www.collecty.net

If you ever consider collecting uniforms just check how easy it can be at http://www.collecty.net

This picture, according to its caption, has been taken in Verona in 1914 and shows us the “two photo-electric” (teams) of the 4th AA Battery. As there are 10 men, we can easily deduce that each team was composed by one NCO and 4 men. But what are these “photo-electric” teams?

The patches on their sleeves help to understand it: these men belonged to the crews who served cars with a special lighting system (see this post and this other one).

I confess: I do not own this series of ribbons and I’ve found this picture on the Web. But I wanted to share it with you anyway, because it may be useful for the fans of American WW1 uniforms. As the picture was lost on my desktop, I think it’s more safe to keep it on this blog.

Because of B&W phtographs, it’s often hard to identify the ribbons worn by the Doughboys on their uniforms. Thanks to this series (probably done by a French tailor, as the text is in French), you can easily identify the most common models, studying the difference between dark and light shades.